By Jhony Zapata and Sophie Grouwels, Forestry Officers, Food and Agriculture Organization of the UN

Today marks the International Day of the World’s Indigenous Peoples, the first since the historic moment at the UN Climate Change Conference (UNFCCC COP 26) last November, when Indigenous Peoples were recognized as the guardians of the world’s forests, and a major increase in financing was pledged to support them in this role. 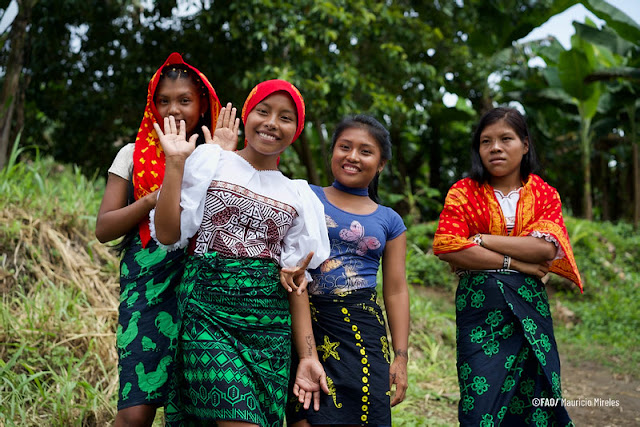 Indigenous Peoples manage about 40 percent of all terrestrial protected areas and ecologically intact ecosystems worldwide, and are legally recognized as owning at least 12 percent of the world’s forest area. Yet in many parts of the world, Indigenous Peoples and local communities (IPLCs) do not have tenure of the forest land they live on, despite the fact that when they do, they are better able to conserve it.

A recent report found that forests owned by Indigenous Peoples in Latin America and the Caribbean (LAC) have lower deforestation rates and lower carbon emissions.Indigenous Peoples are therefore vital to the achievement of many of the SDGs, including Goal 13 (climate action). Yet less than 2 percent of global climate finance is reaching small farmers and Indigenous Peoples and local communities in developing countries.

In one of the major breakthroughs of COP 26, the governments of Germany, the Netherlands, Norway, the UK, and the US, along with 17 philanthropic foundations, pledged to spend USD 1.7 billion between 2021 and 2025 to protect the rights of Indigenous Peoples and forest communities to tenure of their ancestral land and support them as guardians of the world’s forests.

In many countries, complex requirements and laws prohibit government development aid being released directly to Indigenous Peoples and local communities. At the other end of the pipeline, many local community organizations do not have legal status or the capacity to receive and manage large sums. They are often in remote areas where there are no banks and where nobody keeps receipts for transactions.

Indigenous Peoples need be truly recognized and treated as equal partners in the global battle against climate change. And they need a genuine exchange of knowledge and support to strengthen their organizations and develop the capacity to receive and manage climate funds, eventually removing middlemen.

The Forest and Farm Facility – a partnership between the Food and Agriculture Organization of the UN (FAO), the International Institute for the Environment and Development (IIED), the International Union for Conservation of Nature (IUCN), and AgriCord – has been advocating these goals as part of its work to support Indigenous Peoples and local communities.

Indigenous Peoples account for almost 19 percent of the extreme poor. They are also often on the front line of conflicts over protecting nature, sometimes even losing their lives as they try to defend the forests from illegal or destructive commercial activity.

The COP 26 IPLC Forest Tenure Joint Donor Statement has given Indigenous Peoples hope that the world has understood the value of their vital work, that their rights will be recognized, and that they will receive their fair share of climate financing.

We cannot afford not to make this system change to the financial architecture for climate finance. As the COP 26 pledge recognized, without bringing Indigenous Peoples to the table as equal partners, we cannot save the planet.

Col. Wright currently works for Globcal International as the Administrator, General Counsel and Editor-in-Chief for 15 domains, he became a Kentucky Colonel under Governor Paul Patton in 1996 for distributing a million tree saplings from Kentucky to disaster victims in other states, in 1998 he published the first website © for Kentucky Colonels, and in 2009 he published the first original news source for Goodwill Ambassadors establishing online copyright privileges.

Indigenous Peoples are the Source of Ecosystem Services